On April 2, a team of three UNCG students came in first place in the Triad regional programming contest, hosted by NC A&T University. The UNCG team consisted of Jerry Terrell, Jessica Frank, and Brandon George. In this contest, teams were given eight programming challenges to solve over three hours, and the UNCG team correctly solved all eight problems in under two hours. Of the other university teams competing, the second place team correctly solved 7 of the problems during the three hour contest, and the third place team solved 4 problems.

Congratulations to Jerry, Jessica, and Brandon for their outstanding performance at the contest! 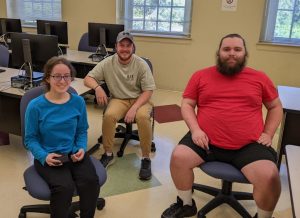